The site is a Special Area of Conservation (SAC) first designated in 2000.

The Berwickshire and North Northumberland coast is one of the most biologically diverse marine areas in Europe. It is designated for a range of intertidal and subtidal habitats and for its internationally significant populations of grey seals. 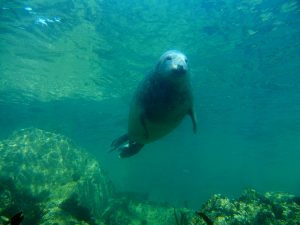 The boundary map for this site can be downloaded from  HERE

The following spatial datasets may also be relevant to this site:

Additional spatial information, including the location of marine priority habitats, can be viewed and downloaded at the MAGIC website

The conservation objectives for the sites are:

Ensure that the integrity of the site is maintained or restored as appropriate, and ensure that the site contributes to achieving the Favourable Conservation Status of its Qualifying Features, by maintaining or restoring:

The draft conservation advice can be viewed HERE

Natural England and SNH have also produced Supplementary Guidance on the Conservation Objectives for site which aim to describe the range of ecological attributes that are most likely to contribute to a site’s overall integrity.

Organisations with responsibility for MPA