The site is a Special Area of Conservation (SAC) first designated in 2005 in recognition of its estuarine and intertidal habitats and for the important migratory fish species which use the estuary. 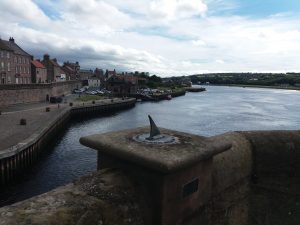 An infographic for this marine protected area can be downloaded HERE

The boundary for this site can be viewed HERE

The following spatial datasets may also be relevant to this site:

Additional spatial information, including the location of marine priority habitats, can be viewed and downloaded at the MAGIC website

An infographic for this MPA can be downloaded HERE

The conservation objectives for the sites are:

Ensure that the integrity of the site is maintained or restored as appropriate, and ensure that the site contributes to achieving the Favourable Conservation Status of its Qualifying Features, by maintaining or restoring:

The conservation advice can be viewed HERE

Natural England have also produced Supplementary Guidance on the Conservation Objectives for site which aim to describe the range of ecological attributes that are most likely to contribute to a site’s overall integrity.

Organisations with responsibility for MPA