Home Projects All About Eiders

The Northumberland coast has a long association with eiders, thanks to their link with St Cuthbert the 7th Century Bishop of Lindisfarne. Nationally important numbers of eider are found along our waters during both the summer and winter months. This national importance was recognised in May 2019 through the designation of the Berwick to St Mary’s Marine Conservation Zone (MCZ) . 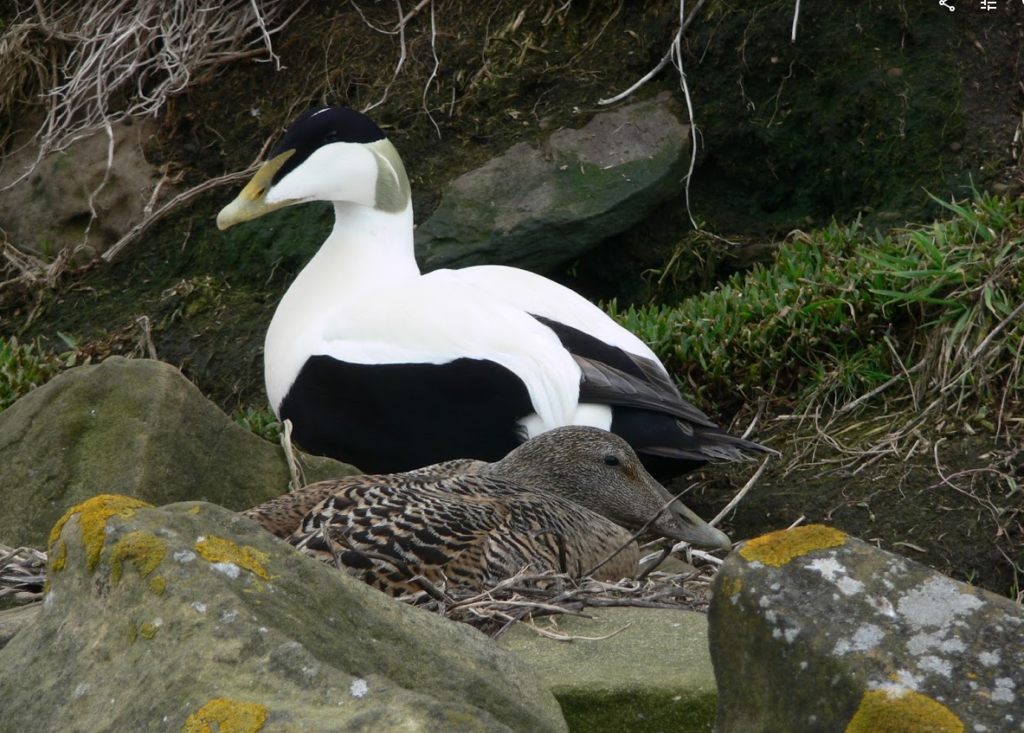 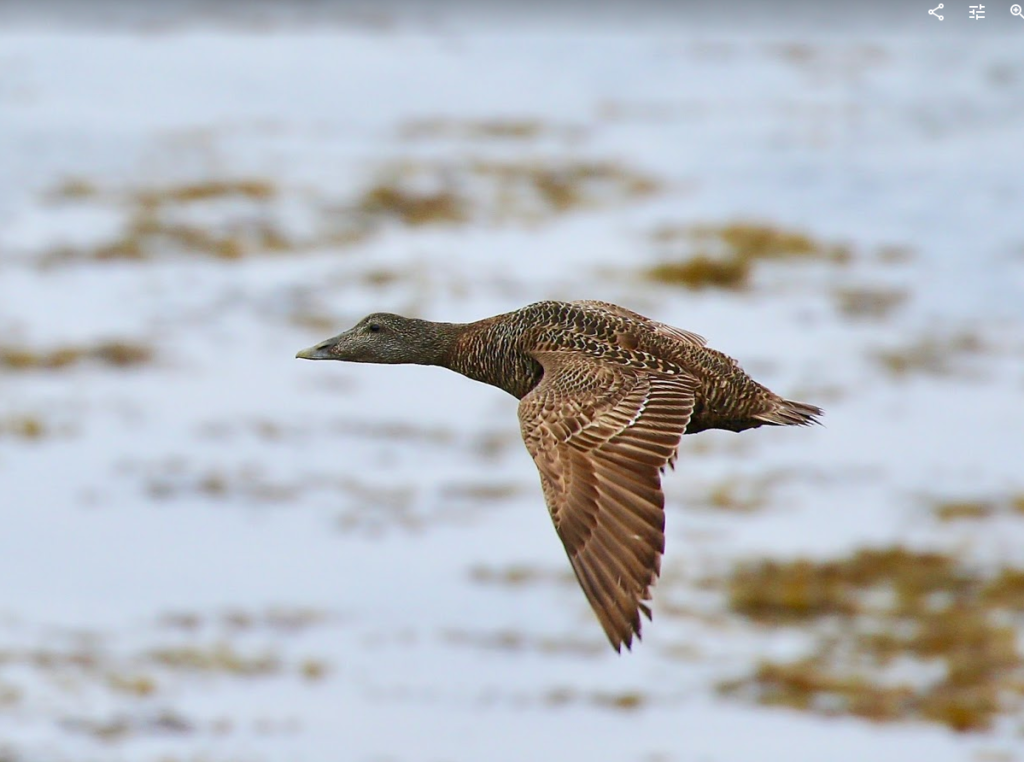 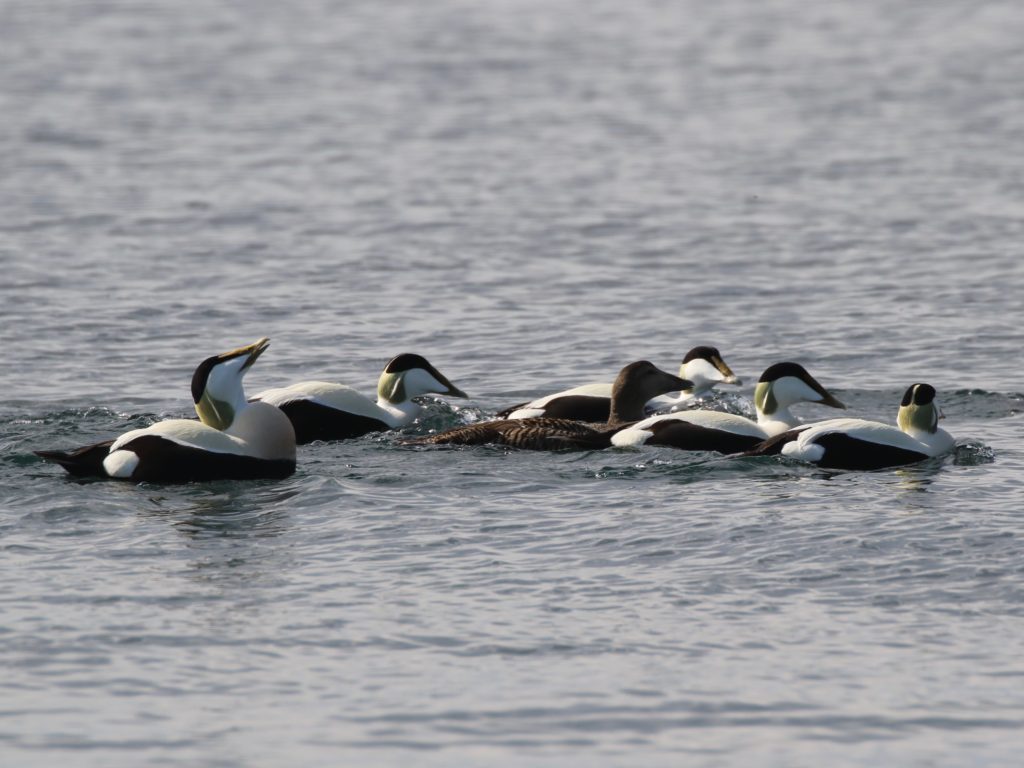 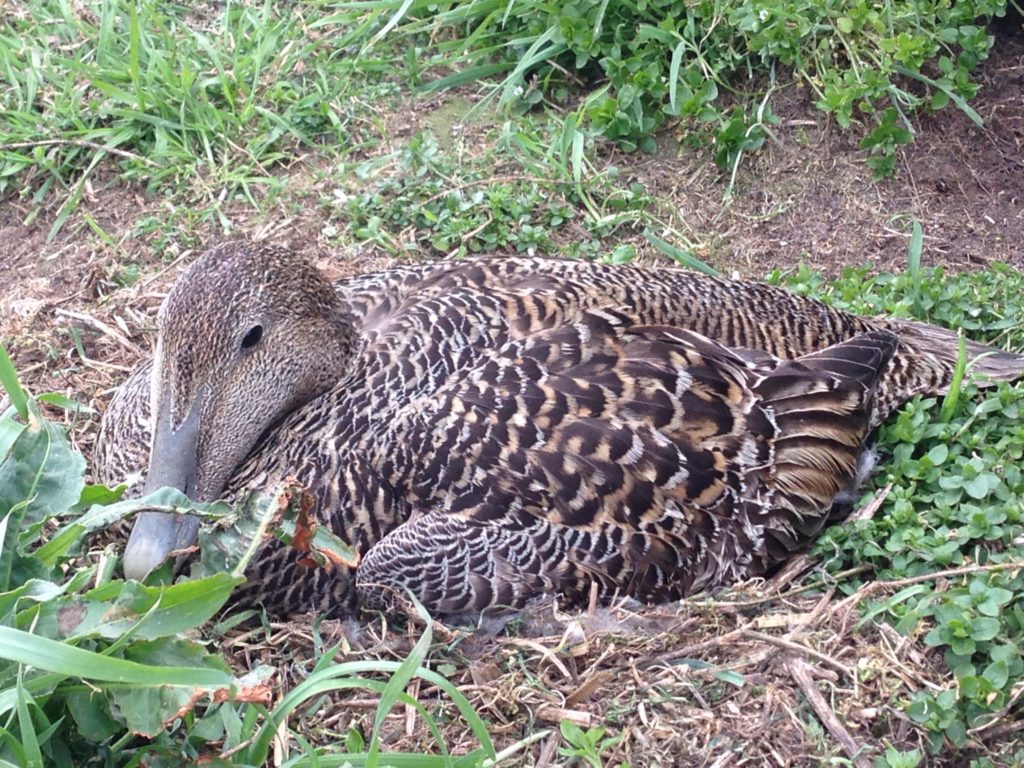 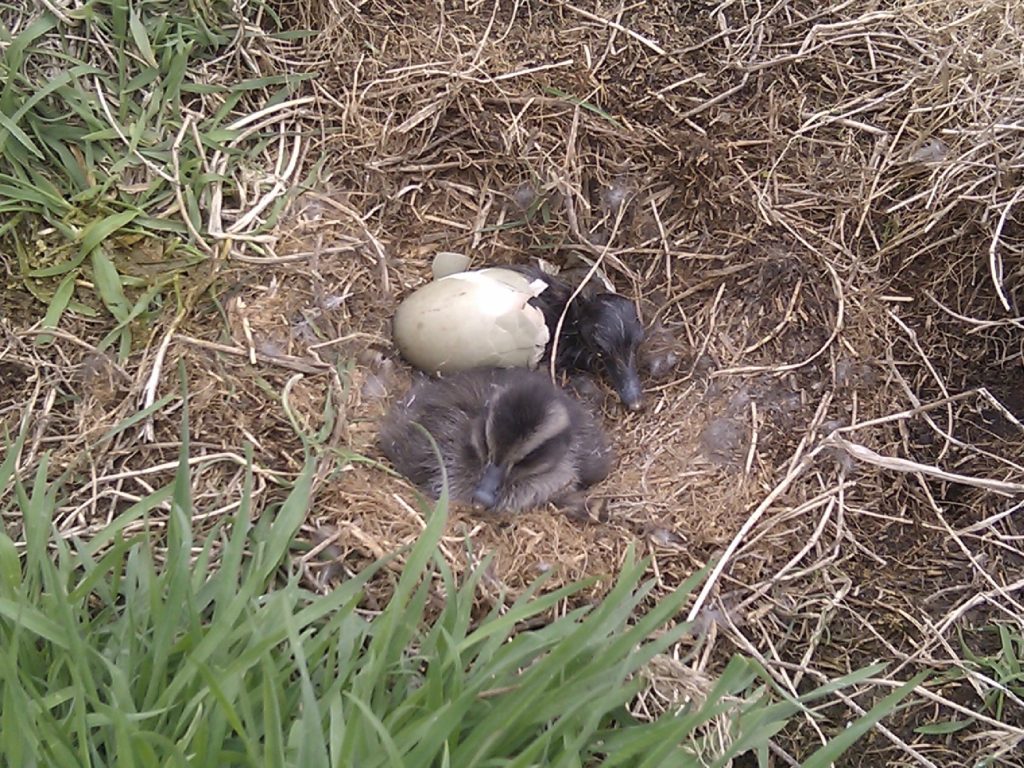 Ducklings take to the water within 48 hours of hatching. They are at their most vulnerable at this time and they group together in creches supervised by mother ducks. Other females (called aunties) join the creches to help warn and protect them against predators such as large gulls and foxes. Estuaries and harbours provide essential feeding and shelter for young eiders at this stage of their life. 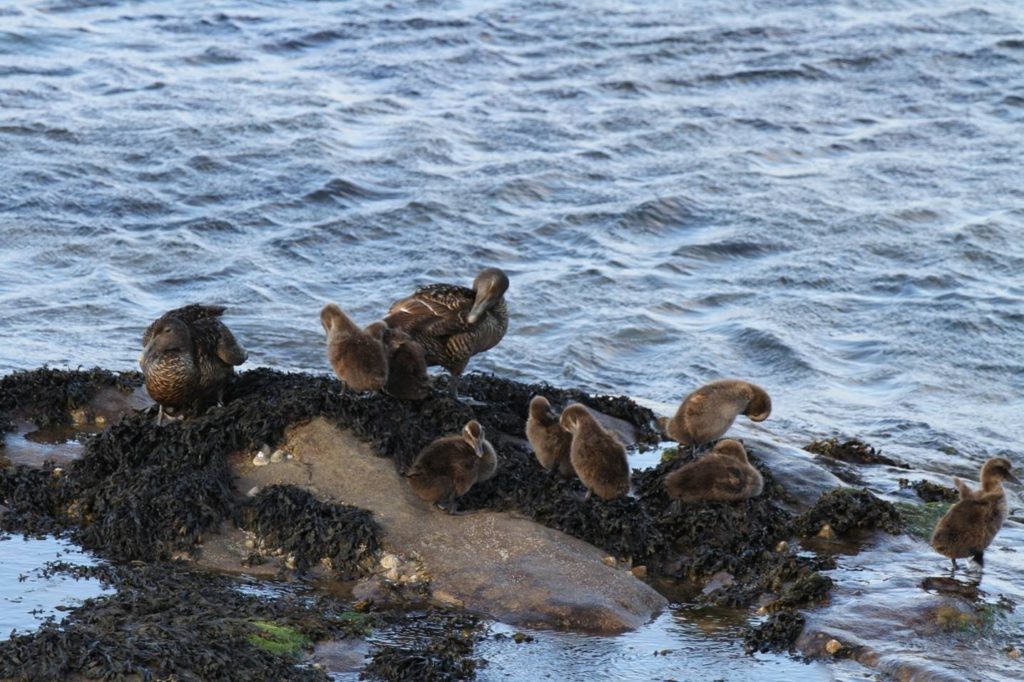 Eiders feed on shellfish which they take from the seabed or from rocks. Mussels are a favoured item and are swallowed whole and crushed in the bird’s gizzard. Their large feet and strong muscles allow eiders to dive or swim to a depth of 10 metres. Ducklings begin to learn to feed themselves from the moment they enter the sea.

Eider ducks are strongly connected with St Cuthbert, the 7th Century Bishop of Lindisfarne. This is reflected in Northumbrian names for eider which include “Cuthbert duck” and “Cuddy duck”

In the 12th century, the monks of Durham called it “Aves Beati Cutherti” (birds of the blessed Cuthbert)

In the Western Isles “Colk” (gaelic for feather bed)