The creation of a new Marine Conservation Zone (MCZ) off the Northumberland coast was announced by the Government on the 31st May. The Berwick to St Mary’s MCZ is one of 41 new MCZs and brings the number of inshore marine protected areas along the Berwickshire and Northumberland coast to 11.

The site has been designated in recognition of its nationally important numbers of eider duck. The eider is a species of sea duck which feeds on marine molluscs. It can be found on the inshore waters of the Northumberland coast throughout the year. The Farne Islands and Coquet Island are important local breeding sites for the bird.

The site stretches from Berwick-upon-Tweed in the north to St Mary’s Island in the south and covers an area of 634 km2. The southern part of the site overlaps with the similarly named Coquet to St Mary’s MCZ which was designated in 2016 for a range of tidal and subtidal habitats.

MAP of the MCZ

Factsheet about the MCZ 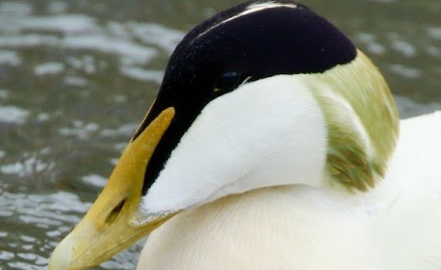